Six years ago, on 25th of August, Kandhamal district of Odisha was dazed by anti-Christian communal violence which displaced more than 56, 000 people, destroyed over 300 churches and 6,500 houses. The victims and their families still await justice for the violence-both visible and invisible, that they suffered.

To remember the victims of Kandhamal violence and demand justice for them, Peace and Justice loving people across the country are organising different programmes in different cities and towns on its sixth anniversary, 25th August 14 (Monday). Do join us, where ever you are.

To know about the Violence in detail, read reports here. Kandhamal: The Law Must Change its Course and Waiting for Justice: Report of National People’s Tribunal (NPT) on Kandhamal

Having lived in Jamia Nagar for almost half of my life (nearly 14 years), last week, I was startled to read the heading of an anecdotal piece of writing in Okhlatimes.com, Is Jamia Nagar bad for women? A firsthand account from Aamna.

Ya Khuda, ab kya ho gaya? (Oh my God, what has happened this time?), I wondered while reading the headline. And before I could read the article, my mind went on to think about various instances of gender violence and violence against women like rape, molestation, harassment, acid attack, killing, burning or throwing out of home/building. Thankfully, ‘nothing’ of that sort had happened, hence, as soon as I finished reading the article, I breathed a ‘sigh of relief’. 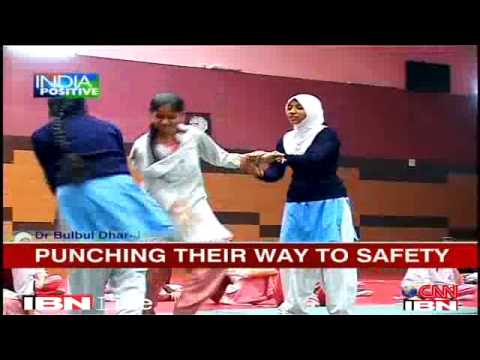 However, the article left me wondering about certain issues raised in it and I felt appalled by the sweeping generalizations demonstrated by the author.  This is not to say that I dispute the incidents stated in the article. So, let’s discuss the issues and problems raised by the author.

According to the author, who has lived in the area for seven years, “I have seen the area deteriorate in this short time. Congestion, heavy traffic, open kitchens of mushrooming roadside eateries, all pervasive stink of garbage are not the only aspects that have worsened in this area. General safety, greedy rickshaw pullers and the gentries’ behaviour has gone down many notches over the years. Despite all these difficulties, residents continue to flock the Batla House market. It is another story that space for free walking and a hassle free shopping experience has only become scare.”

The first sets of questions that came to my mind were: ‘Isn’t this the case of most of the lower/middle-middle class localities in Delhi? What is so typical in this happening in Jamia Nagar?’

On the basis of my familiarity with the lower/middle-middle class localities like Kalkaji, Bhogal and Laxmi Nagar, etc. to name a few, I can confidently say that the situation there is no different. In my recent visits to these places, I found that as far as the problems of “congestion, heavy traffic, open kitchens of mushrooming roadside eateries, all pervasive stink of garbage, general safety, ‘greedy’ rickshaw pullers, space for free walking and a hassle free shopping experience” are concerned, there is nothing that is exclusive to Jamia Nagar. And I am told by my friends living in other parts of Delhi that they face similar problems as described by the author in other places in Delhi as well.

Also, fact of the matter is that, in Jamia Nagar, basic amenities and facilities such as drainage, water, market, public transport and roads are virtually next to none. This is largely because much of the area still remains unauthorized. Moreover, part of the traffic congestion in the area is happening because more and more people are taking the Jamia Nagar route to reach Noida.

Yes, it’s true that day by day, it’s becoming very difficult to live in Jamia Nagar. But so is in most parts of Delhi and its suburb. And blaming the residents, especially ordinary and economically weaker sections (as the author has done) of the area for it is like saying, “Oh, these people in the slum are dirty. They don’t know how to live.”

The second sets of questions, which came to my mind and linked to the ‘speedy deterioration’ of the situation in the area and partly caused by rapid growth of population were, ‘why is this happening? What are the reasons behind it?’ The population seems to keep increasing not because of more high birth rate but because Muslims are forced to live here. When they migrate to Delhi from other parts of the country, most of them end up living in Jamia Nagar.

According to an investigative report done by The Hindu newspaper, “Finding a home to rent in India’s national capital is almost impossible for citizens who happen to be Muslims. Homeowners and property dealers contacted by reporters often firmed up deals, only to be disqualified as soon as they revealed their religion.”

“Housing apartheid was at its worst in New Delhi’s most affluent and educated neighbourhoods: New Friends Colony, Vasant Kunj, Jangpura and Rohini. In one case, a property agent representing a homeowner in New Friends Colony flatly told The Hindu’s reporters, “The landlords want only Indians, not Muslims.” Similarly, there is a sense of insecurity amongst Muslims that living in ‘non-Muslim’ areas is not safe. And this has only increased over the years. One can read a detailed article on that here, detailing why Muslims are feeling insecured.

Unfortunately, these instances are not just limited to Delhi and other parts of North India. Of late, Muslims in South Indian cities, often considered to be cosmopolitan and pluralist, are encountering similar issues. I can cite many stories and experiences to this effect, including my own.

Moreover, there are ongoing smear campaigns against religious minorities, especially Muslims. Here is the latest one, reported by Economic Times last week. According to the volunteers of the Vishwa Hindu Parishad (VHP), there are Muslims who buy homes in Hindu areas, something (Praveen) Togadia (VHP Chief) himself has said needs to be actively discouraged. “Sometimes Hindus living in areas meant for Hindus sell their houses to Muslims, and the situation becomes grave when the latter doesn’t vacate, despite neighbours having problems with him,” said a volunteer.

“The culture and nature of a Hindu and a Muslim is very different. There is no way a Hindu girl will be happy in a Muslim family. Our women cannot even see their husbands laugh and talk to other women, and there she has to see him share his life with three or four other wives. Eventually, because she is alone and with no support, she is left with no one to care for her.”

The author of the article under discussion further says, “There have been incidents of accidental nudge of the elbow, inane mumble or whistles. But I don’t know if I should consider myself lucky, because my best friend has had it much worse. Someone had once just pulled her dupatta, ‘accidentally’ of course. At least I have been saved from this embarrassment. But does this steady fear become any less in gravity just because I have not had to face the worst? Why is it that keeping my clothes and behaviour in mind is only what matters for me to be safe? I have not seen any sensitivity towards creating a general awareness about the safety aspect in these areas.”

As I have mentioned at the outset itself, I don’t dispute the incidents stated in the article and there can be other girls/women who have experienced something similar or graver in its nature, but, my question once again is the same. How can you generalize that to a specific place? This is also because when there are people whose experiences are different from that of the writer.

Take Ghazala Jameel for instance, a researcher and social work educator from the area. Ghazala, in her rejoinder to the article writes, “While I cannot argue with the writer’s personal experience, how can she insinuate that this problem is specific to Jamia Nagar? I have myself certainly been harassed a couple of times in Jamia Nagar in all of my 30 years of living in the neighbourhood, but I have also experienced similar or worse harassment in other parts of Delhi, and in other cities in India and even cities abroad. Are all other places perfectly good for women except Jamia Nagar?”

In short, the point that I am trying to make here is that these kind of sweeping generalizations are not going to solve the problem of gender bias and patriarchal values that exist in Muslim societies, like any other society. On the other hand, it will directly feed “into all the dreadful stereotypes about Muslim Women, Muslim men’s treatment of Muslim women, and Jamia Nagar as a “Muslim Ghetto” and above all, the ongoing smear campaigns against Muslims. Hence, we need to be very careful of what we are saying and what we want to convey.